ʿAmrah b. ʿAbd al-Raḥmān: A Model of Female Scholarship in the First Century 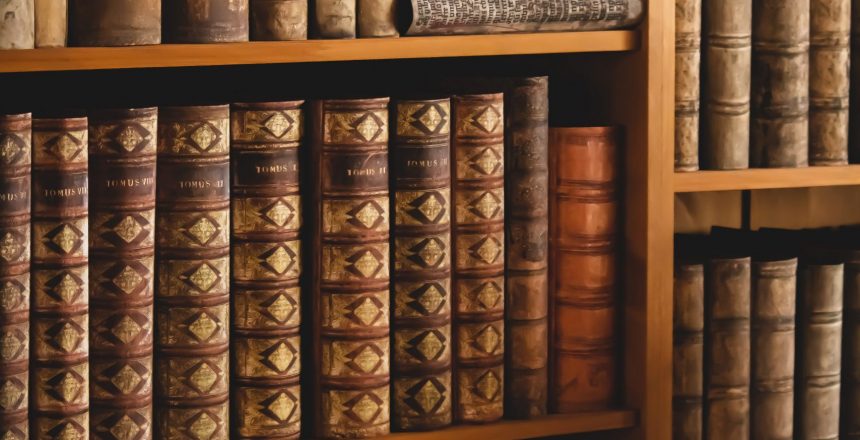 In the name of Allāh, the Most Gracious, the Most Merciful. And may His perpetual peace and blessings be upon our Beloved, our Liege Muḥammad, the Chosen One.

ʿAmrah b. ʿAbd al-Raḥmān (d.106/724) was a prominent female scholar in the era of the tābiʿūn (Successors). She was a descendant of the Anṣār born in Medina. Although she was not a companion of the Prophet (peace and blessings be upon him), she still held the honorific title “al-Anṣāriyyah”. In the recension of Imām Mālik’s al-Muwaṭṭaʾ⁠, her father ʿAbd al-Raḥmān along with Ismāʿīl b. Abū Bakr is mentioned to have visited ʿĀʾishah (may Allāh be pleased with her) while she was ill. This narration is an indication that ʿAmrah ’s father was close to the Prophet’s (peace and blessings be upon him) family.[1] Ibn Saʿd writes in his Al-Ṭabaqāt al-kubrā that ʿAmrah’s mother was Sālimah b. Ḥākim b. Hishām b. Qawwālah[2] and her paternal grandfather was Saʿd b. Zurārah al-Najjār.[3] It was not her lineage that led to her exemplary status as a female Successor in her era, rather it was her deep insight in knowledge and her contributions to the dissemination and transmission of the Prophetic traditions, and her juristic abilities.

ʿAmrah’s Contributions as a Ḥadīth Scholar

ʿAmrah was able to receive direct knowledge from the Mother of the Believers, ʿĀʾishah (may Allāh be pleased with her). Ibn al-ʿImād states about ʿAmrah’s knowledge, “a distinguished female scholar (al-faqīhah al-fāḍilah) ʿAmrah b. ʿAbd al-Raḥmān al-Anṣāriyyah was raised under the care of ʿĀʾishah, therefore narrated the most from her. She is also considered just and reliable (ʿadl and ḍābiṭah) in what is taken from her.”[4] Ibn al-Madīnī says, “ʿAmrah is one of the reliable specialists in [the aḥādīth of] ʿᾹʾishah, and reputable in them.”[5] Furthermore, al-Dhahabī says regarding ʿAmrah that she was under the guardianship of ʿĀʾishah.[6] Due to ʿAmrah’s close relationship to ʿĀʾishah, she was given an opportunity that no one else had. ʿĀʾishah, who was considered one of the most knowledgeable scholars in the field of ḥadīth and fiqh of her time, took ʿAmrah under her care and taught her knowledge.

The proximity she had with ʿĀʾishah resulted in her transmitting most of the Prophetic narrations from her. In fact, 311 out of 333 narrations that ʿAmrah transmits in the nine ḥadīth collections are on the authority of ʿĀiʾshah. These collections are by Mālik, Aḥmad, al-Dārimī, al-Bukhārī, Muslim, Ibn Mājah, Abū Dāwūd, al-Tirmidhī, and al-Nasāʾī. These transmissions also include reports of ʿĀʾishah’s independent legal judgments (ijtihād) and her interpretations (taʾwīl) on Prophetic traditions, especially the ḥadīth regarding women being prevented from going to the mosque.[7] Since she transmitted most of the aḥādīth on the authority of ʿĀʾishah, the Caliph ʿUmar b. ʿAbd al-Azīz is reported to have said, “There is no one left who is more knowledgeable about the Prophetic transmissions of ʿĀʾishah than ʿAmrah.”[8]

ʿAmrah had also transmitted aḥādīth from Companions other than ʿĀʾishah, however in comparison, it is very little to what she had narrated from her. In the nine ḥadīth collections, there are three other female Companions she had transmitted from. The first is Umm Hishām b. Ḥārithah b. Nuʿmān (may Allāh be pleased with her), and her narrations were related to her memorizing the Quranic chapter “Qāf” because the Prophet recited it so frequently in prayer.[9] Ḥabībah b. Sahl b. Thaʿlabah’s narrations were related to her divorce from her husband Thābit b. Qays, in which the Prophet established the legality of khulʿ.[10] Lastly, Umm Ḥabībah Ḥamnah b. Jaḥsh and her narrations were related to al-mustaḥāḍah [11]. Other Companions whom she had transmitted from but have not appeared in the nine ḥadīth collections were Marwān b. Ḥakam[12], Rāfiʿ b. Khadīj[13], ʿUbayd b. Rifāʿah al-Zuraqī[14] and the Mother of the Believers Umm Salamah.[15]

Many renowned scholars have transmitted from ʿAmrah’s aḥādīth. Her son Abū al-Rijāl had transmitted 34 narrations from her. Ibn Shihāb al-Zuhrī, a great scholar who pioneered the maghāzī literature [16], had transmitted 63 of ʿAmrah’s narrations. The judge of Medina Yaḥya b. Saʿīd al-Anṣāri transmitted 89 narrations. Her nephew and governor of Medina, Abū Bakr b. Muḥammad, narrated 36 of her narrations. On the account of ʿAmrah’s authority, these narrations are included in the most authentic books of ḥadīth. Her grandnephew, ʿAbdullāh b. Abū Bakr b. Muḥammad, related her narrations to the famous historian Ibn Isḥāq, which he compiled in his biography of the Prophet (sīrah), edited by Ibn Hishām. Likewise, ʿAmrah’s chain of transmission regarding the Prophet’s life in Medina is found in the well-known history book authored by al-Ṭabarī, Tārīkh al-rasūl wa’l-mulūk. ʿAbd Allah b. Abū Bakr has also transmitted her narrations to Mālik b. Anas, the founder of one of the four schools of thought and to the two Sufyāns of their time, Sufyān al-Thawrī and Sufyān b. ʿUyaynah.[17] Her narrations became widespread in their time and have indefinitely left an impact in the fields of both ḥadīth and Islamic law (fiqh).

ʿAmrah’s Legal Expertise as a Jurist

The status ʿAmrah held was that of her two male contemporaries, al-Qāsim b. Muḥammad and ‘Urwah b. al-Zubayr who were the nephews of ʿĀʾishah (may Allāh be pleased with her). All three of these jurists were able to learn directly under ʿĀʾishah, therefore they were regarded as the most knowledgeable of her narrations.[18]  The people would frequently ask one or the other for his or her opinion. Once Aḥamd b. Hanbal and Yaḥya b. Saʿīd had heard from ʿAmrah the details of the Prophet’s pilgrimage. Then they asked al-Qāsim for affirmation. On hearing this, al-Qāsim replied, “I swear by Allah, she brought you the ḥadīth in its exact form.[19] This is an indication from al-Qāsim that whatever ʿAmrah has conveyed was exactly how it has been narrated. Al-Qāsim said to Ibn Shihāb al-Zuhrī, at a time when he was young and had just started to seek knowledge, “O young boy, I see that you desire to seek knowledge, shall I not tell you of its vessel? Remain in the company of ʿAmrah because she was in the care of ʿĀʾishah.” Then al-Zuhrī said, “So I went to her then I found her to be a sea [of knowledge] that is not exhausted.”[20]

Moreover, ʿAmrah was considered an authority in ḥadīth and surpassed many other male contemporaries of her time. For instance, her judgement was preponderant in a theft case. It has been reported by Yaḥya b. Saʿīd that Abū Bakr b. Muḥammad b. ʿAmr b. Ḥazm, the nephew of ʿAmrah and an appointed judge of Medina by ʿUmar b. ʿAbd al-ʿAzīz, had arrested a Nabatean who had stolen rings made of iron, so he detained him to have his hand cut off. When ʿAmrah heard of this decision, she immediately sent Umayyah, a female servant of hers. Abū Bakr said:

“She came to me while I was among the people and said, ‘Your paternal aunt ʿAmrah says to you, ‘O son of my sister, you arrested a Nabatean for a light matter as it was mentioned to me, and you intend to cut off his hand?’ I said, ‘Yes.’ She said, ‘Indeed ʿAmrah tells you that there is no cutting off [of the hand] except if it is [the value of] a fourth of a dinār or more. Abū Bakr (upon hearing this) said, ‘So I released the Nabatean.’”[21]

Abū’l Walī al-Bājī says in his explanation of this report regarding this case, “Him releasing the Nabatean upon hearing ʿAmrah’s statement is a proof for the acceptability of women’s issuing legal opinions as well as the validity of accepting their statement if they are knowledgeable.”[22]  From then, she was classified as a jurist, as al-Dhahabi describes her stating “she was a scholar, trustworthy, a jurist, and the most knowledgeable (of her era).”[23]

ʿAmrah had also assisted the private concerns of women. For example, she had narrated aḥādīth regarding the ritual ablution of women after their ḥaiḍ  (menstrual cycle),when they could resume their prayers, as well as matters concerning sexual relations with their respective husbands and matters of fasting (ṣawm). For example, it has been narrated from Fāṭimah b. Muḥammad that once a woman from the tribe of Quraish had sent a small piece of cotton in a pouch which had yellowish color asking ʿAmrah (about the ritual ablution), “Do you think that when a woman only sees this left of her ḥaiḍ, has she become pure?” ʿAmrah replied, “No! Not until she sees pure white.”[24] It has been reported from ʿAmrah’s servant that “Amrah used to order the women not to perform the full ablution (after their menstrual cycle) until the piece of cotton comes out white.”[25] This attests that she was a model for the women in instructing them regarding personal matters. ʿAmrah was a capable counselor for women who were shy in expressing matters of religion.

ʿAmrah, the female scholar of the first century, dedicated her life to the pursuit of knowledge and has benefited the Ummah. Although there were not many female teachers of ḥadīth who were as prominent as the male scholars, ʿAmrah b. ʿAbd al-Raḥmān contributed a large corpus of ḥadīth and insight correspondent to her male counterparts.  She was prodigious in the field of the Prophetic traditions as well as a great authoritative figure in the history of female Muslim scholarship. She is an optimal representation of a female successor (tābiʿah) who succeeded in upholding our faith.

[10] Ibid, 8:327. Khulʿ is when both parties agree to separate by way of consent, usually upon terms such as the wife agreeing to repay her mahr (dowry) to the husband upon him agreeing to grant a divorce.

[16] Maghāzī are the Prophetic traditions about the life of the Prophet and the accounts of the battles that took place during his life.

Continue to increase your knowledge (ʿilm) by staying updated with our latest research and articles!